Showing posts from May, 2013
Show All

Of Beliefs and Prophets 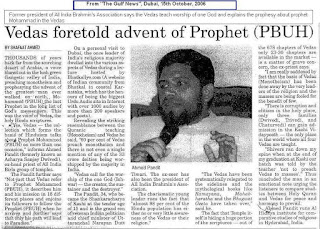 Swami Gulagulaananda said:
"Problems don't arise due to beliefs... Problems arise when you force it upon others"

Religion has been around for thousands of years and I am sure it is not going to go anywhere anytime soon. With the advent of Social Media, information can travel across the world rapidly. These are two facts.

There is nothing wrong with believing in something. We all go through life's ups and downs - and some times we are alone when we are down. Sometimes, we don't have anyone to fall back upon though we would have loved to have someone to reassure us. And when you feel all is lost, you find solace in God. You pray to God, pray that all your troubles go away. You derive strength from faith. Even if your problems don't all go away, you feel invigourated. Problems are given to you only because God knows you have the strength to solve it, they say... And even if you didn't, it works - perhaps a placebo effect. People do remarkable things because …
2 comments
Read more

How much thought do we apply? 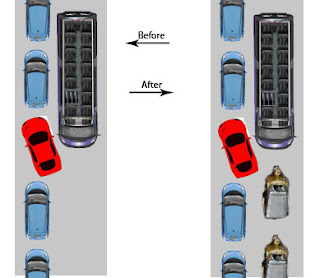 Swami Gulagulaananda said:
"In mob psychology, if there is success, everyone shares the fruit, if there is failure, the leader gets hanged"

Just the other day I was reading a very interesting book that spoke about how application of mind to do something beyond the mundane autopilot mode applies considerable stress on us. For example, an experienced driver doesn't require much thought while driving everyday to work. Not much thought is applied on when to brake and when to accelerate. Experience makes you do this automatically. Same goes for typing. I don't see which key is where, the only thing that comes to my mind is the word that I have to type and the word gets typed. However, considerable amount of strain comes when I have to multiply 43 x 76 or if I have to remember a couple of numbers in mind like 46.83 and 35.78 for some time (working memory)

One Shoe Doesn't Fit All

May 10, 2013
Swami Gulagulaananda recounted the old saying:
"Before you judge me walk a mile in my shoes"

A great thing about being in India is the myriad colourful lives that you get to see around you. Different people living their lives in their own ways. And every single person has different qualities that define him or her, their own personal idiosyncrasies and peculiarities that make them what they are, that define them. Some are logical, some are cold, some are jumpy, some sensitive, some optimistic, some pessimistic,  some balanced, some depressed and some ecstatic... You get the picture.

But it gets interesting when you try to analyse why people are the way they are. As in, we are aware of what qualities are desirable and what are not. Like, optimism in general is considered a good quality while pessimism is not. I say 'in general' because there have to  be certain negative inclinations at times too, for it helps us prevent pitfalls due to over-enthusiasm. But in general,…
Post a Comment
Read more

Golem - A Flying Robot - Idea for a project

May 05, 2013
Baba Gyani Triviani said:
"Look up in the sky, it's a bird, it's a plane... No, it's Golem!"
Project Golem(Note: Golem is a mechanical robot in 'Batman of the future' which is controlled by a guy remotely such that movements of his hands translates to corresponding movements of the robot, much like the movie 'Real Steel')

I had been to Ayana, a hackathon in PESIT recently and saw quite a few hardware hacks. With the arrival of Arduino into the market, robots seem to have become quite ubiquitous, which is a good sign. Students, most of the time, design and build single purpose robots, that could be a line following one or a maze solving one. Rarely are they developed as systems.

The Raspberry Pi is an interesting device - The size of a credit card, it comes with 2 USB ports, an ethernet port, a power in port, an HDMI port, a video out and a sound out along with an SD card slot. The cost is supposed to be around $25. The advantage of a Raspberry Pi …
1 comment
Read more
More posts