[Ok, I could have sworn that I knew the English equivalent of the Kannada Girgitle once upon a time... I think it's called Paper Wind Turbine?]

In this post, I want to show you how to make a Girgitle. It's basically a simple paper toy which turns around a pointed pencil or pen when wind blows. See the video at the end of the post to see it in action.

Step 1:
Tear out three thin (about 1.5 cm) equal sized vertical strips that are about 16 cm long 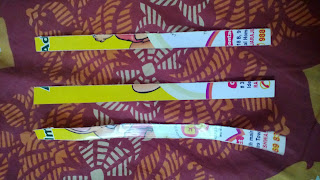 Step 2:
Fold the strips along the middle. 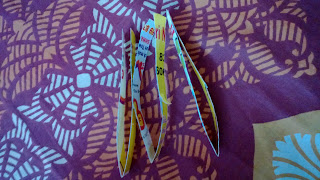 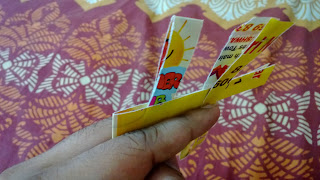 Step 4:
Now, push the two legs of 3 through the gap between the fold of 2 and 1 as shown below. 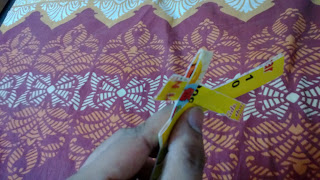 Step 5:
Pull all the loose ends such that the folds come closer. If you do it properly, the place where the folds meet starts to fold into a concave structure. The end result should be as below. 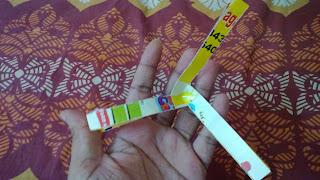 That's it!
Now hold a sharp pencil or a pen in the concave section and hold it under a ceiling fan. Or if you want to feel like a kid, hold it horizontally and run Wheeeeee!!! :D