December 11, 2011
Swami Nikhilaananda said:
"The world is shrinking, along with the thickness of smart devices"

Ever since the release of the fabulous iPhone, the smart phone industry seems to be in a mode of constant innovation. Fabulous apps keep coming out every so often and one that I would like to discuss today, is Viber. 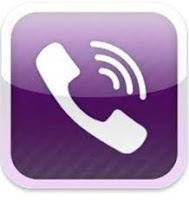 The development of phones has gone to such extents that very often we forget the original purpose of the phones - to make calls and send messages. This was the fundamental couple of features from the days of the venerable 3315. However, with a host of features that came along later, which makes your life greatly simplified, such as maps and GPS for navigation, locating places nearby and keeping track of events with synced calendars, one often had problems only in one case - When having to contact someone who is beyond your country.

This was also not really much of an issue with tools like Skype, Fring and Google talk. You can talk to people face to face, as well as chat with them. But two tools seem to have taken this to the next level - One is Whatsapp, and  the other is Viber. The main advantages of these is that they use your phone number and can be integrated with smart phones, like iPhone and Android.

Frankly, I came to know about Viber today, and installed them on an Android phone and iPod touch. Once installed, you can place a call to anyone, Viber to Viber, free of cost, as well as send a message to them - all this using phone numbers as contact IDs rather than creating a specific ID which you would have had to do in case of Google, Skype or Fring. You can still make similar calls with Google, Skype and Fring - Frankly, in that sense, I found that the features are very identical - and a message is just like a single message of a chat.

Which is probably why not many people I know seem to be using Viber - Only 4 of my contacts (1 included me :P) used Viber, while a large number of my dad's contacts use Viber. Which either means my friends aren't tech savvy :-O (Yikes!) or they don't know about apps like Viber and Whatsapp, or they just didn't see value in it.

As an app, it has a very clean interface, and can do things like Sending messages, deleting messages, placing calls, showing missed calls, etc. And a couple of features here and there. The biggest advantage, to summarise folks, is that you won't lose any money as long as you have wi-fi around (which is true with most of us these days) or with GPRS and 3G. So what are you waiting for, go get Viber.
Review