Showing posts from January, 2011
Show All

The Barber and his Customer - A Judgement Question

January 11, 2011
Swami Gulagulaananda said: " When you travel by car and you see a bus hogging up the street, you keep honking asking him to move to the side so that at least a faster vehicle can move through quickly... When you are inside the bus, you get irritated when you listen to the incessant honking by a car behind you and you say ' What's the hurry man? We are moving ahead, right? It's not like I am standing still. Stop honking ' Several times, right and wrong depends on perspective " Ramu had not had his hair cut for quite some time. It had grown long and unmanageable, and he decided to go to his usual barber. So, Ramu set out with his long unkempt hair and unshaved face towards the usual saloon which he had been going to for the past five years. He hated walking a kilometre just to get a haircut and then another kilometre back. The barber greeted Ramu, and after finishing his business with the customer who had come to get his hair trimmed, the barber asked Ramu to
Post a Comment
Read more 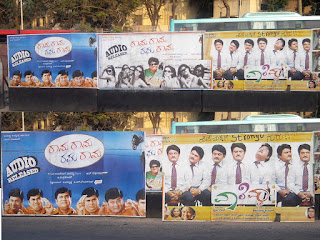 Baba Gyani Triviani said: " Copy cat, kill the rat, tell your mother to make you fat " Click on the image below to view it in full size. This photo was taken on Mysore road - Two movie posters "Rama Rama Raghu Rama" (Left most) and "Vaa Re Vaa" (Right most) have been picked from the main photo shown above and zoomed into, to show them to you next to each other. Notice that the style employed is the same. As nice as the idea is, it is a turn off to see identical posters next to each other. Incidentally, Vaa Re Vaa was the one to appear there first, making the other a copycat
Post a Comment
Read more 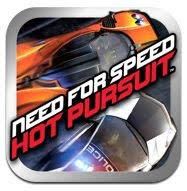 Baba Gyani Triviani said: " I love to drive on the left side in the US. Hell, I am a felon in NFS anyway... Catch me if you can " ' One of the best games I have played ' - Swami Nikhilaananda ' Marvellous! Extreme action, extreme graphics... extremely satisfied ' - Swami Gulagulaananda This game is one of the best that I have played. I bought it at just $0.99 which I got for some offer. EA has brought out yet another masterpiece. The Need For Speed game series has been one of the most popular ones out there, and this one is for your iPod . The Modes The NFS Hot Pursuit has two modes - Racer and Police. In the racer mode, you are a punk who evades the law, and the police are in hot pursuit. There are four main stages - Each stage has different tracks with each track having its own mode. In one, you just have to evade a police car that is constantly chasing you, and reach the finish line within a given time. Along the way, you will be chased by a police
Post a Comment
Read more
More posts